Do Not Underestimate the Power of Agreements

“All broken relationships can be traced back to broken agreements.”  — Stephen Covey

As a coach, I once had the opportunity to attend a training that was put on by a school. It was a special type of school. It was a school of last resort – a school where parents who were afraid that their children would hurt themselves or someone else were sent. They were sent there to be teenagers in a safe environment. They were sent there to grow up and to be given tools that would support them in living productive and happy lives. The parents were given the same tools. 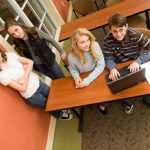 One of the trainers said to parents, “Many of your children do not trust you.” This shocked some parents. “Why?” they asked. And the trainer said this. “Trust is built on a foundation of agreements made and kept. When you say you will do something, you are making an agreement and most people expect that you will do what you say you will. Even if they are not consciously aware, they expect you to do what you say you will. When you say something as simple as, ‘Yes, I will take you to the mall today,’ and you don’t, you are breaking an agreement and on some level you are eroding trust. Over time, this builds to a lack of trust.”

Powerful. Maybe you agree and maybe you do not, but you may wish to check and see if this is true. It could affect many areas of your life.

Were you as directed as you wanted to be?

Did you accomplish those things that you wanted to accomplish?

2017 can be better.  It can be more productive, more fulfilling, more fun even.  You just need to decide.  Now.  So you have a clear direction.  According to a Harvard Business School study, people who decide upon specific goals, and write them down, were found to be 10 times more likely to attain their goals than those who either did not decide on goals or decided, but did not commit them to writing.

We will walk you through a process that will enable you to see what you want for 2017 and will position you to get what you want regardless of whether you currently know what that is.  The closer you get to knowing what you want, to writing it down, to committing to it, the closer you are to attaining it.

For more info and to join us on January 17, 2017:  http://www.mclarencoaching.com/upcoming-trainings/

Keeping Agreements – What Best to do When you Don’t

We have covered a number of points in this blog series. We have noted the importance of keeping agreements; that the more you keep them, the more...

END_OF_DOCUMENT_TOKEN_TO_BE_REPLACED

Keeping Agreements With Yourself

In this blog post I want to make a distinction about agreements. Often when I talk about making and keeping agreements, most people assume I am...

END_OF_DOCUMENT_TOKEN_TO_BE_REPLACED

What Happens When You Keep Your Agreements?

What is going to change when you start keeping your agreements on a regular basis? We have been talking over the last couple months about making and...