Answer: Look ahead, decide what it is, commit it to writing. (There is more you can do, but this alone will take you a long way.)

Here we are – 2 weeks from the end of the year. We are, many of us, distracted by the holidays in between here and there. This can cause us to become overwhelmed rather than focused on setting ourselves up for success in the new year.

The end of the calendar year is traditionally a natural breaking point. It is a place where we take stock and we ask, “What did I accomplish this year?” And, “What do I want to accomplish next year?” Different people do this to different degrees. At one end of the spectrum, some people may not even notice a year has passed and simply move from December 31 to January 1, as if it is just another day. At the other end of the spectrum, some will consciously close down one year and intentionally open up the next. They will learn from the last year so that the next year is even better. As a business coach, I advocate this latter approach.

In 1979, interviewers asked new graduates from the Harvard’s MBA Program and found that:
• 84% had no specific goals at all
• 13% had goals but they were not committed to paper
• 3% had clear, written goals and plans to accomplish them

In 1989, the interviewers again interviewed the graduates of that class. You can guess the results:
• The 13% of the class who had goals were earning, on average, twice as much as the 84 percent who had no goals at all.
• Even more staggering – the three percent who had clear, written goals were earning, on average, ten times as much as the other 97 percent put together.

(Source: from the book What They Don’t Teach You in the Harvard Business School, by Mark McCormack) 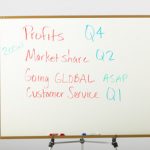 It’s common to move forward without written goals, and for many (indeed most according to the Harvard study) with no goals at all. But the advantage to be gained by having clearly articulated goals — goals you write down and commit to — is unparalleled.

Indeed I have had clients tell me they wrote down their goals for the calendar year and sometimes did not even look at them, and yet accomplished the vast majority of them.

1. When you decide on something in your mind, your brain starts to look for ways to achieve it. The more specificity and greater detail the outcome is given, the easier it is for your mind to find ways to get it. And finally, if it is written down, you have taken tangible action in commitment to the goal.

2. From a purely functional place, the writing down of specific goals means that you will remember them – if you continue to look at them.

3. Writing down your goals will also give you a measure of accountability. There is a difference between thinking a thing and taking committed action toward that thing. Writing it down is the first step in action.

“When you are clear, what you want will show up in your life, and only to the extent you are clear.” (The Passion Test, Attwood.)

As I have mentioned, there are more steps one could take that would make obtaining the goal even more certain. In our upcoming seminar – Goal Setting for 2017 – we will teach you all these skills and steps. But just deciding on your outcomes for the year and writing them down will make you vastly more likely to achieve them.

From the Goal-Setting Workshop, you will walk away with:
• A clear vision of what you want to create in 2017, in all areas of your life
• A “chunked down” list of milestones for the year to support you in attaining your outcomes for the year
• An accountability partner (if you want one) to keep you on track to your outcomes

You will learn:
• A specific tool to guide you in being purposeful not only throughout the year, but in all that you do
• Why some people are more successful at reaching their goals than others and how to join the ranks of the successful

Register today for our goal setting workshop on January 17, 2017. Do it today and get it on your calendar and you will have laid the groundwork for next year! You are 100% more likely to achieve your goals than if you do nothing.

“I had a long conversation with [my accountability partner] today and figured out that I am in overwhelm and unfocused. I also feel like the end of year is soooooo busy and I was feeling drained. Then, something interesting happened. I started talking about planning for 2017 and, suddenly, I had more energy. I felt the shift. Changing my focus from “this is the end” to “this is the beginning” felt really good. I’m taking it one day at a time right now. I’m also going to the gym tonight.”

Signing up for the goals workshop will be your first step in planning for 2017. When is the time to do that? Now, of course. 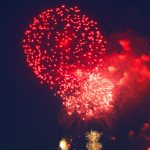 “We enter the year with goals, dreams, intentions, and expectations. But, as a fellow yoga teacher writes, let's also leave a door wide open to...

END_OF_DOCUMENT_TOKEN_TO_BE_REPLACED

If you did the guided visualization I posted last week, you will now have a sense of where you want to be at the end of 2016. And you may have...

END_OF_DOCUMENT_TOKEN_TO_BE_REPLACED

Hello and Happy end of 2015! Today I am offering you an exercise that will start you off with goal-setting for 2016. Below is a link to a...