The Power of The Declaration

When I coach people, it is to discover new things they did not know before – usually new things about themselves.  Usually this means that some kind of action is revealed to them – some kind of forward movement or next step.

The dictionary defines “declaration” as “a statement that is emphatic and explicit.” Also, “a formal public statement [ex: a declaration of independence].”

You do not have to use this kind of language all the time. But be conscious the language you are using.  We all want to create something in our lives, whether personal, professional, or both.  Declarative language has the power to create.  Declarations bring into existence something new.  They also put your butt on the line.  Which may be why we don’t talk this way often.  It is a way of truly committing.

To declare is to state with authority and follow through with committed action. 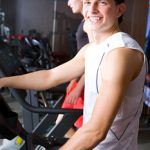 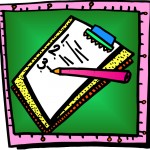 I look at it every day and I ask myself every day, “what is the committed action I need to take to achieve this?” And then I do it.  Every day.

Sometimes I think my list is magic. It is remarkable how often I get what I say I will get on my declarations list.  Sometimes I don’t and I look at why and I declare again.  But I’ve been doing this so long that it feels like putting things on the list automatically means they will happen.  That’s not true of course.  I go out and do them.  But there is great power in knowing this.  And if I am not committed I don’t put it on my list.

Declare and follow through. There is no substitute for creating your life.

It’s how our country was formed. It’s how your life is formed.  Everything else is just an accident of fortune. 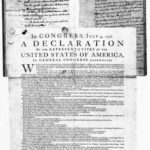 "All around you, people will be tiptoeing through life, just to arrive safely at death.  But dear children, do not tiptoe.  Run, hop, skip, or...

END_OF_DOCUMENT_TOKEN_TO_BE_REPLACED

Ask for What You Want

In my on-going theme about language, I was recently reminded of this quote by Mother Teresa. Nothing more to say. Ask for what you want. Do not...

END_OF_DOCUMENT_TOKEN_TO_BE_REPLACED

Argue for Your Limitations

“Argue for your limitations, and surely they’re yours.” --Richard Bach It’s funny isn’t it? How we talk about certain things are “just not...