How World View Affects Our Ability to Hear Others

The communication problem is in (1) not recognizing we see the world as we are; and (2) in assuming everyone sees the world as we do. This basic, often unconscious, premise is the root of so many communication issues. World View is made up of a number of factors. How you view “the world” – events, people, situations, and what others say to you – is dependent in part on (1) what your current goals are; (2) how you were raised; (3) your culture; (4) your value system; and largely, (5) how you believe things shou 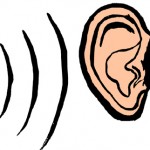 ld be, and what you believe that things mean. In communication, we interpret what the other person is saying rather than really hearing them.

Rarely do the words you are saying and the words I am hearing mean the same thing. You may say “This is hard,” and mean “this is a great challenge for me” and I might hear, “I don’t want to do this at all!” I may say, “It’s cold in here,” meaning this is the temperature I like because it is hot outside and you may hear, “you need to turn up the heat!” Interpretation is constant and the source of much conflict and hard feelings. An alternative is to ask yourself, when you see something not working in your communication, “I wonder how the other person is viewing this situation?” One of my clients illustrates with a story:

I have been coaching with Cami McLaren for almost a year. While I knew that practicing business law for 30 years did not make me an expert, I had no idea how much I still had to learn and the improvements I could make in my practice. One area where I saw immediate improvement was the idea of not only listening to clients or opposing counsel, but working hard to put myself in that person’s place and understand where that person is coming from. I recently used this technique with a particularly challenging new client. She had sent me a rather snarky email that made it clear she was unhappy with how I was handling a contentious matter for her. My usual prior response to a situation like this would have been to be defensive and perhaps a bit combative. Instead, I thought about why she had responded the way she had and tried to put myself in her position and think about how she must be feeling. She had worked for almost two years on a project and it was falling apart due to no fault of hers. She was potentially looking at very expensive litigation if the situation could not be reasonably resolved. She had been in business for almost 30 years and had never been involved in litigation. I realized what I perceived as snarky (my “world view”) was most likely the result of the stress of an unknown and uncontrollable situation that had the potential of an expensive and negative outcome. When I returned her call, the first thing I did was acknowledge and validate what I perceived her feelings to be – she was upset that she’d been treated badly by her client and its advisors, she had every right to feel the way she did, particularly because she had done nothing wrong, and, in fact, had fully and competently held up her end of the bargain, that the opposing side was not responding the way we thought they would and further, that we had to wait for certain events to unfold – events which we had no control over – all of which was stressful. Just acknowledging that I recognized how she felt, understood why she felt that way and, further acknowledged, that she had been done wrong, flipped the atmosphere 180 degrees. She went from being snarky and defensive to relaxed and cooperative. By the end of the conversation, she was offering to send me more business. I hung up a bit in awe at how easy this process really was – I just had to take the time to be intentional and thoughtful. Can’t wait to try it again.

Ilene Block is a corporate attorney who generally works with her clients as an “outside general counsel”, assisting in all aspects of owning and operating a business. She is a shareholder at Kronick Moskovitz Tiedemann & Girard. (http://www.kmtg.com/node/3262)

Communication – Turns out it’s not About the Nail

Want to learn to be an effective communicator?  This video says it all.  I know you see the problem.  I know it is crystal clear to you and not at...

END_OF_DOCUMENT_TOKEN_TO_BE_REPLACED

Dealing with Communication Breakdowns Part IV:  Problem-Solve This is the final in a four-part series on clearing breakdowns in communication. If...

END_OF_DOCUMENT_TOKEN_TO_BE_REPLACED

Dealing with Communication Breakdowns Part III: The Process “The best way out is always through.” ~ Robert Frost Summary of the process: 1. Manage...